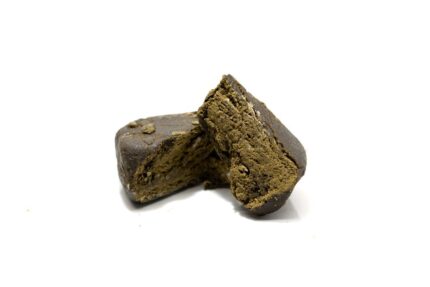 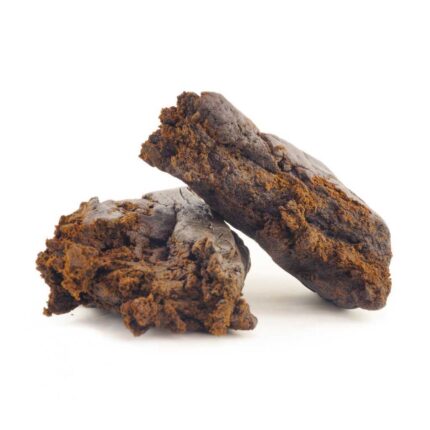 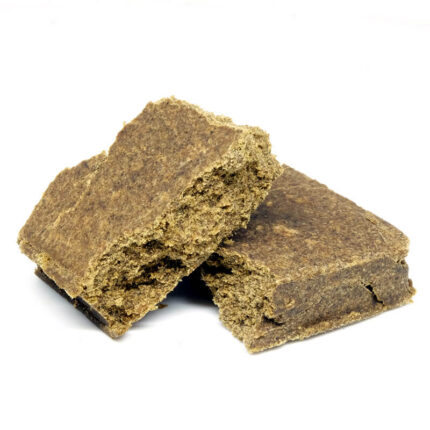 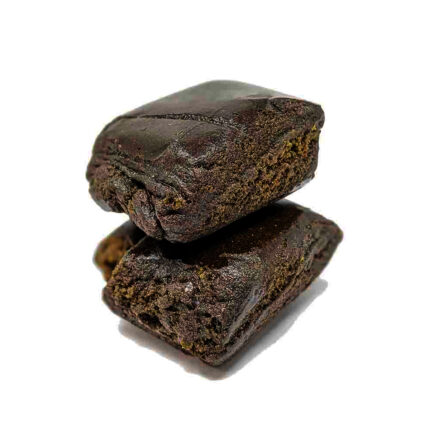 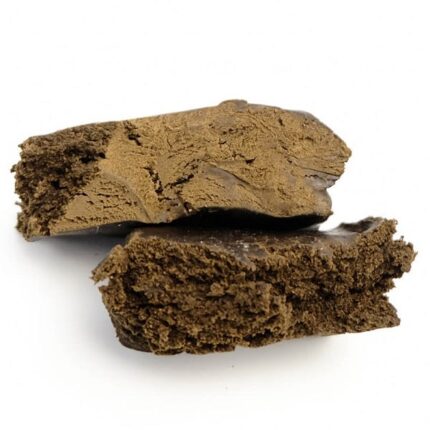 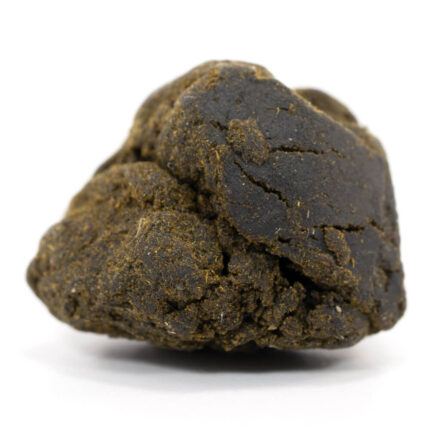 Hash is the holy grail of solvent-less concentrates and its use dates back to over 12000 years. If you want to try concentrates but want to start off easy, we recommend starting with hash. It’s definitely more potent than regular buds but it’s also a lot milder and forgiving compared to something like distillates or shatter.

It is made from compressed trichomes and the extraction process is 100% mechanical and chemical free.

PMM is one of the most trusted online marijuana dispensary in Colorado and you can buy premium bricks of hash right here!

Hashish is one of the oldest cannabis concentrates known to man. It is made when trichomes / crystals / kief are removed from the buds and pressed together to make bricks of hardened hash.

It produces the same effects as regular cannabis flower, but in a more intense, yet controlled way. This solvent-less concentrate contains anywhere between 30% and 60% THC, making it 2 to 3 times as potent as the buds it was derived from. Even though this might seem like a lot, other cannabis concentrates tend to be more potent.

For this reason, hash is a great choice if you want to dip your toes in the world of cannabis concentrates or simply use something other than flowers that delivers you a mellow and manageable high.

WHAT DOES IT DO

The effects of smoking hash is very similar to that of smoking regular marijuana flower. It’s very controllable and mellow at the same time, but stronger.

The end result of what a certain batch of hash feels like, depends on what kind of weed the hash is extracted from. If it is made from indica dominant strains, there will be more sedation and relaxation.

If it is made using sativa dominant strains, you can expect a cerebral high accompanied with feelings of stimulation, creativity and an uplifted mood.

The main advantage that hash has over other marijuana concentrates is that its extraction process is completely free of solvents like butane, propane and CO2. This makes it taste better and it supposedly feels more natural compared to cannabis made with solvent and solvent itself.

Because hash is so deeply intertwined with cannabis culture in general and is in use since thousands of years, it is more widely used by cannabis patients.

It is generally quite easy to make and easy to procure, making it a popular way to take THC medication. The most common uses of hash are to treat symptoms of anxiety, depression and stress.

It is also used for pain and inflammation relief, to promote hunger, and to help with insomnia.

Cottonmouth and dry/red eyes are very typical side effects of smoking hash. However, these are not very serious and oftentimes go unnoticed. It is possible to experience episodes of dizziness, nausea and headaches if taken in excess. Therefore it is important you use hash responsibly and know your limit.

Hashish has been around the Canada’s cannabis scene for a while now. During this time, people have found many interesting ways and methods to extract hash from marijuana flowers.

Some of the most common types include:

Bubble Hash
Dry Ice
Dry Sift
Lebanese Hash
Royal Afghani Hash
Indian Charas (Rub)
Each of these types are made using different processes, but all results in the wonderful substance we know.

So far, we’ve answered the question, “what is hash” and told you how you can consume it. But, if you must use hashish, you cannot merely go about it haphazardly. The same applies to all other forms of cannabis. You have to follow certain guidelines. They are:

When it comes to cannabis, everyone has their limits. You must understand yours if you’re going to be using hashish. This is particularly important because you’re very likely to reach your limits earlier while using hashish given its level of concentration. So, know how much you can take and do not exceed that.

Why exactly are you taking this? Do you want to relax? Do you want to feel a bit more energetic? Figure out why you want to take hashish before taking it. Doing so will help you narrow down the exact strain that will work for you.

This cannot be overemphasized. Yes, hashish is fun. You must never take it and drive. Hashish feels good. But that is absolutely no excuse to introduce it to someone younger than the legal using age. Be a responsible adult at all times and never put others in danger.

Watch out for any medical conditions that could complicate things
If you will be taking hashish, consult your doctor to find out what challenges might be associated. Pregnancy isn’t exactly a medical condition in the sense that most people use the phrase. However, it is a good example of a condition that prevents you from taking cannabis as it can affect your baby.

Although hash is very potent, it is not the most potent cannabis concentrate on the market. Stronger products include budder, shatter, live resin, distillate, and oils. Edibles are also an option for those who prefer a healthier way of consumption.

If it is something less potent that is what you are looking for, then normal cannabis flower is the choice. There are thousands of different cannabis strains in Canada and they are all waiting for you /to try each and every one!

HOW TO MAKE HASH?

If you’re wondering how to make hash at home, the answer might surprise you. It’s not actually that difficult, however, you’re going to require a lot of bud and/or trimmings. The latter can be easily procured if you happen to be growing weed at home.

Hashish is made from compressed trichomes and there are several ways to achieve this. Some of these include:

Hand Rolling
Compressing Keif
Dry Sifting
Dry Ice Method
Among these four, we’ll be taking an in-depth look at two of the most popular. They are the hand-rolling method and dry sifting.

Of all the methods, this is arguably one of the oldest in the world. The reason behind this is not hard to discern. The primary thing you’ll need is your hands – two tools virtually every human in existence has had.

Now, using this method to make your hash is fairly simple and you don’t need a lot of technical expertise. However, it can get a little bit messy. Besides that, you might not get quite as much hashish as you’d like if you eventually decide to use this method.

Regardless, the simplicity of it is still very encouraging. So, if you’re looking to make a little hashish for your consumption, you’re on the right path. Here’s what you need to do.

Step 1: Wash your hands and put on gloves.

The reasons behind these are obvious. But, for the sake of clarity, we’ll go over them. Washing your hands helps you to keep them as clean as possible in the process of handling your hashish.

The last thing you want to do is to carry all the germs from everything you’ve touched and smoke them with your hashish. Apart from that, the gloves help to protect you from the mess the hashish will create. This is particularly useful if you would like to avoid the mess completely instead of cleaning it up after.

While you’re doing this, it is very important for you to:

Roll the marijuana between both of your palms. Rolling it in a ball in one hand might not be quite as effective as you’d like.
Remain gentle and avoid putting pressure on the bud.

The resin is the hashish you’re trying to create, not what’s left of the marijuana you were rolling. You can use anything to scrape it off. Just ensure that you get as much of the resin off your hands as possible. The last thing you want to do is to waste that good kush.

We’ve already established the primary limitation associated with using the hand rolling method. Thankfully, you don’t have to worry about the low yield from the dry sift method. Of course, you cannot get more than 30 grams’ worth, according to Canadian regulations. However, you can still get a satisfying amount.

BUY HASHISH FROM THE MOST TRUSTED ONLINE DISPESARY

Come check out our top quality premium hash bricks that we have in stock at PMM. If you can’t decide, come try them all!

Our suppliers are vetted to ensure only the finest quality products reach your doorstep. Order today and take advantage of our latest deals and offers. Shop Premium Medical Marijuana Online Shop (PMM)!